The Kellmans know how to travel well and this time was no exception. It was a whirlwind trip with the family…we spent half the time in Prague and the other half in Vienna-which was beautiful.

What a thrill it was to have everyone here and show them where I have been living, especially after not spending any time with them in at least six months. I just had to remind them a couple times that I’ve only been here for a little over a month and am not an expert on all things Prague, yet. We went to the tourist sites, beer gardens and even discovered a new neighborhood. My favorite part though was watching the family attempt to eat Czech food and their faces change as soon as soon as they started eating. Don’t worry, I can buy dehydrated goulash to bring home so you can try it when I return 🙂 Fortunately, there are plenty of good ethnic restaurants here. 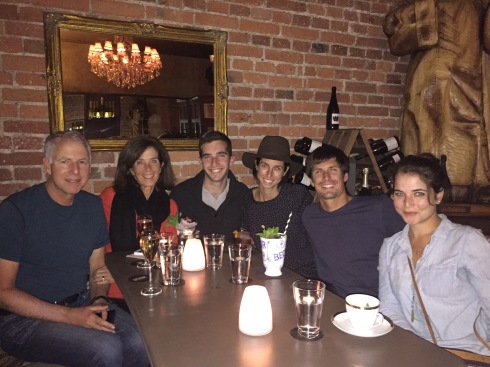 Moving on, Vienna was a fascinating city. A mix between German and Czech cultures. Surprisingly, It felt more Western European than Prague, even though it is farther East. It has really exquisite food and more meals impressed me in four days than in all of my time in Prague. (I still love it here, to be clear.) From an unbelievable four course meal to Burrata pizza on the last night and more cake than the eye can see, I wanted to take it all back with me. Luckily I’ll be going back in the end of November with ISA for more food and the best Christmas markets in Europe. Pro-tip: In any city you visit, follow whatever the New York Times recommends, you won’t be disappointed.

Last week in my History of the Czech Region class we extensively discussed Vienna and the Hapsburg family who ruled Vienna for an extensive period of time. It felt appropriate to visit after learning so much about their bizarre history. In a little over four days we went 6 museums with some impressive paintings and military collections. I must say I have never seen my family move so quickly through so many museums. They were a little disappointing and expensive. It’s hard to top London, to be honest. I also went to my second opera while in Europe and my feelings towards operas did not change the second time 😉

As I have mentioned once or twice before, beer is the the beverage of choice in the Czech Republic. However, the cocktail scene is up and coming.  I went to one Monday with mixologists that greet you at the table, ask what type of base you like (ex: vodka, rum, gin) and if you like you drinks sweet, sour or bitter. Five minutes later they brought back the most delicious cocktail I’ve ever had and to my surprise it was $5!! Anywhere in the US it would be at least $12+. One more reason I love Prague. I researched twelve of these places and plan to hit each one before I leave. Mainly to be knowledgable when someone visiting asks me the best place to go at night, right? I’m doing this for YOU!

Did you know that Prague has brutal winters? I learned that this week. Winter also starts Oct 10th. It is now in the 30’s. There’s a chance of snow this week. I hope everyone in California is enjoying your late season heatwave for me while I go buy a real winter coat. Unfortunately, my current jackets won’t cut anymore. 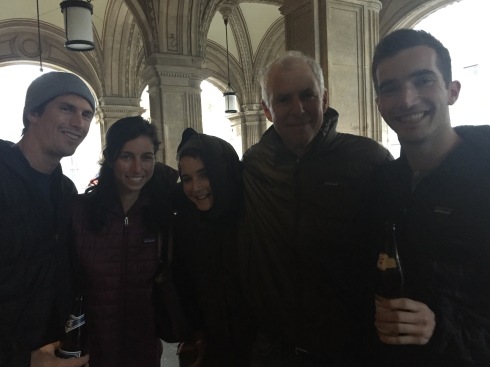 Friday I am going to Berlin for three days with ISA, the following week I am going to Munich and the week after that I’m off to Amsterdam for four days. I’m trying to do it all and so far, so good.

On a completely separate note, the first of my reviews from my intern trip to Maui this summer was posted last week. My first leg on JetBlue’s A321 Mint aircraft was impressive, click here to read my review. Next up this week is Hawaiian Airlines A330 to Maui which should be up by Friday. I’ll be sure to include a link once it’s published.

Follow this link to see all of my pictures thus far, I post new ones almost daily: Mark in Europe

Sending all my love from Praha